My web host of several websites including CarolMoore.net and Secession.Net went out of business end of November 2021. The year I turned SEVENTY-THREE!!

Starting in December I experienced increasing and soon EXCRUCIATING shoulder/arm/hand pain. Between a crappy primary doctor, Covid-19-related medical rationing, crappy chiropractors, a pain management doctor who took their time, and continuing failure of anyone to figure out exactly WHAT is inflaming my spine... it's been a rough six months. And now I'm recovering from resultant surgery for carpal tunnel syndrome. I can type now, but not enough to get those websites back up at my new host.  Did get the emails working.

I note this since my twitter page misesEXPOSED forwards only here. 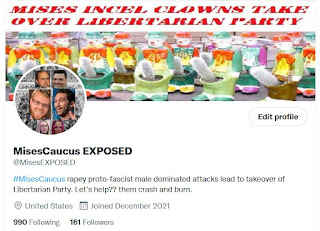 Yup, another couple years of my life exposing bad mostly-male behavior.  In fact - real NAZI related behavior.  First Mises Leaders defending the use of the NAZI phrase Blood and Soil which supported NAZI programs of ethnic cleansing. Plus all sorts of bigoted edge lord tweets I won't bother to share. Some Mises reply: "Oh, today it means "family and land."  Idiots. 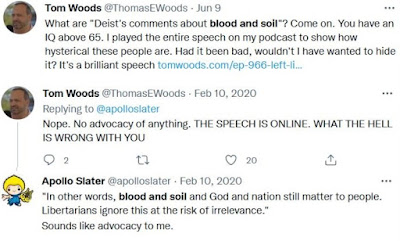 Then I saw Russia attack Ukraine in 2022 and know just why: the militarized Ukrainian right sector (neo-nazis) shot people during the 2014 Maidan protests and overthrew the elected government with $4 billion in US aid!. It then massacred Russian speaking Ukrainians who protested and even tried to separate from a Nazi infiltrated government. I saw these right sector guys take high positions in the  Ukraine government til even the US even had to insist they go low profile - like becoming leaders of Ukrainian intelligence and military - especially the part attacking separatists.  Now their "Azov Brigade" is going more low profile than the below to keep those US billions coming. 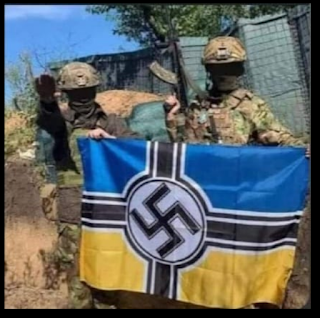 Anyway read ANTIWAR.COM for all the awful details.  But too many Americans buy Hunter and Joe Biden's war being a war of liberation - as opposed to a Proxy War where Ukrainians die so US can humble Russia. Even if it means nuke war.

My main means of communication is Facebook/CarolMoore1776 which doesn't show up much in internet searches. 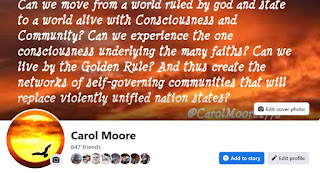 CarolMoore1776 tweets a bit too. 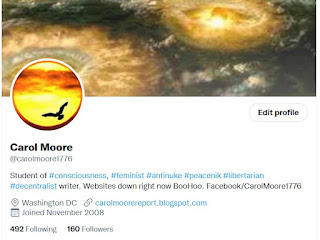 Posted by CarolMooreReport at 7:45 PM