OOOPS! Per my past post or two on homoeroticism and the presidential election... 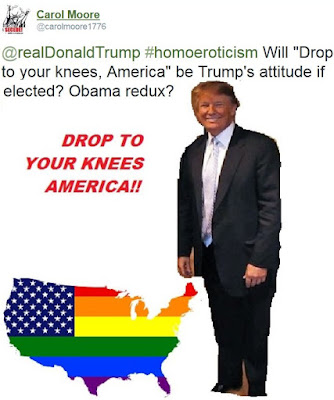 So again I say, FREE THE CLOSET BISEXUALS.  Even TRUMP, if he happens to be one.
Posted by CarolMooreReport at 2:27 PM