The Emperor/Empress is Bisexual - get over it!!

As a bisexual I'm tired of (past or current) bisexuals like G.W. Bush, Obama, Hillary and Rubio being promoted by the establishment to high office because they are so blackmailable. Meanwhile the gay establishment uses these individuals' closetedness to advance LGBT causes.

The rest of the citzenry is clueless about what's going on, of course. And the journalists who know what's really going on pretend they don't, so they don't lose their establishment jobs.  They act stupid about "why is s/he doing this????" (I saw a perfect example in some coverage the other night on a cable news station but can't remember the details.)

I'll provide some links on the first three later.  (Plus links to past blogs where I mentioned this phenomena.) But the newest favorite establishment closet bisexual is: MARCO RUBIO

The Washington Post in January danced around the issue in a story about Rubio's 1990 arrest for sitting in a car at a park known for gay prostitution. He was with his friend Angel Barrios, a future housemate who later owned a property making gay pornography. The Post only mentions that Barrios now owns "coin-operated laundries." (Gee, and just last week Rubio was talking about an American dream where people could have their own businesses - like a string of laundries, or was it car washes?)  Here's a Wayne Madsen expose video on PrisonPlanet.


WayneMadsenReport  does a great expose on Rubio, just like he did on Obama's history of bisexuality. Hope the links don't disappear behind his paywall.
* January 27-28: "Porndormgate": "Rubio panders to evangelicals in Iowa while gay prostitution scandal from his past blows wide open"
* January 29-31: Rubio's coke house, gayish dance troupe, and foam parties (Allegedly he met his wife at one.)
* February 2-3: Rubio's allies come to his defense over Miami past (currently behind paywall) but here's a relevant 2015 Reuters story. "Presidential hopeful Rubio reaches out to gay Republicans  "

So now we know why Rubio is SUCH a Toady to special interests.  He - like Ted Cruz - wants to be the first Latino president. Rubio is willing to sell out his soul to blackmailing special interests to do it. Cruz is a tiny tad more independent, which is why he can't win... 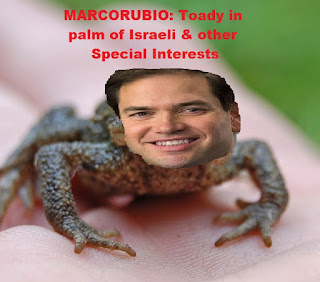 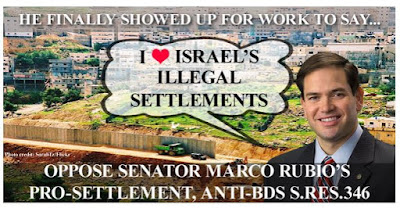 I
I'm so pissed off I may start the FREE THE BISEXUALS movement!!
Posted by CarolMooreReport at 4:33 PM