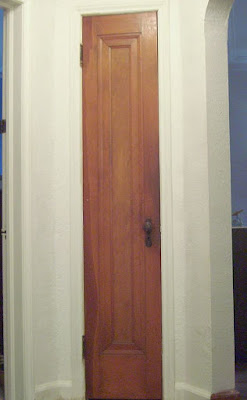 As a bisexual, libertarian, feminist who hopes for the personal and political liberation of all people - male and female -  I can't help but think about the topic of my last few posts.  I refer to the topic of rampant sexual predation (Bill Clinton) or bisexuality (Bush, Obama, Hillary Clinton, Rubio) among presidents and presidential candidates. I believe privacy for those in the highest political positions dissolves when these people can be blackmailed or otherwise influenced, harming the lives of millions.

I do remain uncertain about why someone found to have an extra-marital affair so easily can be exposed in the media, leading to various sanctions. These might include bad publicity leading to divorce and loss of job, or at least of reputation. Yet being a closeted male bisexual or gay male in high position is a carefully guarded secret which media and even political rivals will not expose.

Some reasons might include some or all of the below:
* Per the posts below, hiding such secrets is an opportunity for blackmail by media and special interests to be exposed and wasted.
* Also, in male dominated professions like politics and journalism “boys will boys” attitudes rule.
* Hurting male reputations and careers is important. Hurting women and children in families is not as important. So guarding gay or bisexual relationships is more important than hiding extra-marital ones.
* There is a high concentration of LGBT’s in media and government who have teamed up with other powerful special interests, Republican and Democrat. They help keep peers “in the closet”, even as they subtly blackmail chosen closeted individuals to advance their own causes.
* Presidents and congress make it clear they'll cut off from sources or even pull the licenses of any major media - especially television media - that dares to expose them. Of course, if police accidentally - or purposely? - make a police bust which makes the newswires, all bets are off. (And the threat of arrest is yet another way to keep the closeted ones in line.)  Minor media and independent writers like me, of course, are dismissed as “conspiracy theorists”.

Thinking about all this reminded me of an article from the 1980s by radical feminist John Stoltenberg.   Parts later were included in his book Refusing to be a Man (PDF). The relevant quotes from the book are:

pg 74: Under patriarchy, normally acculturated males assume —correctly—that the same impulse to sexual violence exists in other males. They therefore endeavor to enter into homoerotic truces—nonaggression pacts contracted between men who tacitly agree to aggress against “others” (women, and sometimes weaker men, or men of other races) instead of one another. When a group of men shares power over “their” constituency of women, that sharing assuages their fears of one another’s potential for aggression. In their hearts, men grow up terrified of giving offense to, and being attacked by, more violent males.

pg 75: The values that inhere on a “small” scale in homoerotic transactions between men are the same values that inhere on a grander scale in all transactions between male-owned and male-supremacist nation-states.  (You can see how this might be yet one more feminist nail in the coffin of the nation state, as far as I - the webmaster of Secession.net - am concerned!)

Not outing closeted males, or even those cheating on their wives with other women - even when it threatens national security - is just another example of “nonaggression pacts contracted between men who tacitly agree to aggress against ‘others’ (women, and sometimes weaker men, or men of other races) instead of one another.” So unless a male has so trampled on the pact or otherwise deserves destruction, his secret will be safe.  And all the males will make sure both the “weaker” men and women whose lives and jobs they control also keep their mouths shut.

Next question, how does this principle apply to the transgender issue? I’m sure the issue has a lot of these alpha males torn on the issue. On the one hand a lot of these male to "female" transgenders are still large or aggressive males (most transgender keep their penis and testicles, even if they do hormone replacement surgery).  Many are men with successful careers in sports and the military or other expertise which makes them still dangerous.  I don’t know of any transgenders who are “outing” the fact that the “nonaggression pact” exists and going around openly rejecting it.

My guess is, as long as transgenders continue to agree to the pact, they will be allowed as “women” to control weaker males and women-born-women, including those they encounter in womens bathrooms, locker rooms, shelters, prison cells, etc.  As long as they aren’t caught molesting the women controlled by other powerful and/or “alpha male” members of the pact, they will be safe.  And I'm sure many males fee that if transgenders happen to infiltrate and destroy the feminist movement with a lot of cultish baloney meant to mesmerize women into passivity, more power to them!  These types of males are just SO TIRED of all that uppity female back talk.  (Note that Stoltenberg has become a transgender apologist; but while there’s life, there’s hope he’ll see the error of his ways.) 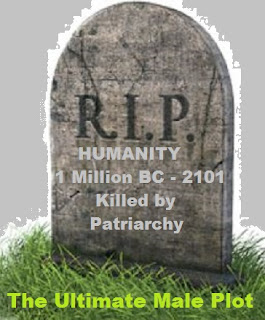 Posted by CarolMooreReport at 10:45 PM