To start, there is no doubt that Donald Trump is a bigot whose HUGE sense of self is based in part on feeling superior to everyone else on the planet. So he considers it a personal insult for anyone to think anything negative or hostile he's said regarding individuals' or groups' sex, race, religion, ethnicity, nationality, LGBT status, etc. is an insult. His sense of superiority makes him think the slightest criticism of, or doubts, about him are an insult because he thinks he is just describing reality, not being bigoted.

Thus he dismisses all such comments as "politically correct attacks" from liberal/progressive/mind controlling "gotcha" media and political culture. He gets away with this because such a culture does exist and is used to bully people.  I know. I've done it myself a few times myself over the last 30 odd years, blowing up some minor mis-statement or viewpoint into a major cause celebre.  (Pay me to write my autobiography and I'll give you some examples; or search the internet with my name and various examples.) 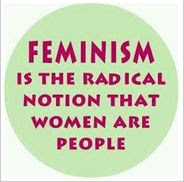 And of course I have been a victim of such false accusations of bigotry behavior numerous times by (mostly) males in political groups. Those who just cannot put up with an uppity female with a somewhat different political viewpoint who dares to criticize them and their viewpoints and who shows leadership ability in getting others who agree to do something the disagree with. ("Pay me" ditto per above...)

But it took the recent Trump/KKK situation for me to really hear and realize what is perhaps the most annoying part of the demands of those claiming bigotry.  And that is the demand that others show a certain minimal level of OUTRAGE before they can escape the label of "bigot."  A couple pundits in particular (on MSNBC and on CNN) were livid that not just Trump but anyone would dare have less than 95% of their emotional outrage on the issue. And that the just punishment for anyone not expressing that level of emotional outrage is disavowal (leading to banishment from polite society, loss of job and assets and hopefully homelessness for their family and anyone who dares to support them.)

This, of course, is the essence of emotional and political blackmail and fascism. And pretty much what Trump himself is doing by demanding that people be outraged by these allegedly "illegal aliens and terrorist Muslims and cop killing blacks and castrating feminists and pansy males (and losers making less than $100,000 a year?)" etc.  He actually pumps up peoples' outrage - and bigotry - which before was nonexistent, long forgotten or effectively suppressed from expression; suppressed by some combination of common decency and the fear of being targeted falsely for bigotry, depending on the individual.  So, yes, extreme political correctness can promote bigotry. 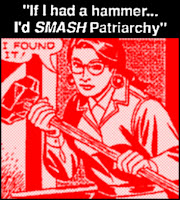 On the one hand, I know a woman barely has to say anything even hinting at feminism to be slammed as "politically correct."  On the other hand, I also know it personally has been fun for me to slam certain fellows as sexists in the most thoroughly politically correct fashion.  Of course, I usually do so on firm grounds like their insulting and abusing and cheating women, not on the phony issues sexist guys claim are "politically correct" persecution. So I can see how those who enjoy slamming people on purely imagined slights can really get off on it.

The worst practitioners of this in my experience tend to be rabidly pro-Israel Jews and rabidly "call-me-a- woman-or-I'll-sue-you" male-to-"female" transgenders. Then there are Muslim males who think "accepting their culture" means they can insult non-Muslim women who don't bow to Shariah law. On the other hand when I hear real complaints about real bigotry against Jews, transgenders, Muslims, and all other groups I'll condemn them, when I get a chance and in a venue and in a tone which I choose.

But don't expect that you have a right to demand I live up to your level of outrage - even as I will largely control myself in making demands on you. My level of outrage may depend on the mood I'm in, the importance of and evidence regarding the incident  or practice in question, my general knowledge of and/or personal experience of the issue, the attitude of the questioner (curious or autocratic) -  and even how burnt out I am on being outraged on the issue! 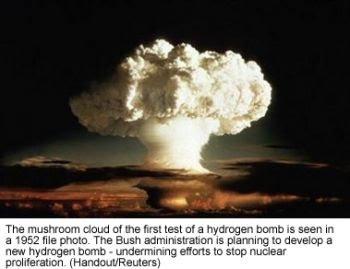 All that being said, where is the OUTRAGE about the fact that all Presidential candidates besides those who will run on the Green and Libertarians are pushing us towards more murder and devastation and terrorist blowback in the Middle East?  Towards nuclear war with Russia and China? (Trump will surely threaten it the first time Putin refuses to kiss his ring as the "reigning" US/World President. And start one with China the first week in office?)

And where is the OUTRAGE that the US government right now has 210 trillion dollars in unfunded liabilities? Many times bigger than the 19 trillion dollar national debt. That the US is in worst shape than Greece, according to one Boston Professor. (Even the quasi-libertarian Cato Institute has estimated it as a less than that.) And most of the liabilities are social security, medicare, veterans benefits and government employee pensions that NEVER will be paid, starting in the near future. Well, at least there are minor concerns on that. But all the candidates promise they'll fix it, though only Christie really blurted out (once or twice) how bad it is.  Now Christie has got to stand there and listen to Trump deny he knows who Duke/KKK are...(or not)...and other patent nonsense...

Don't worry, I won't belittle you for not feeling my level of outrage on those two issues. (The first I'm outraged with on a constant basis.  The second a couple times a week.)  All I ask you is don't go PSYCHO on me because I don't immediately equal your level of outrage, based only on YOUR say so.  For an example of some anonymous male ass who did just that, see his backlash at me on truly "trumped up" KKK-type issues at NotCarolMoore.Blogspot.com.  (Send me enough money to hire a good private investigator and we'll find out who he is and protest his sexism outside his place of employment in Vermont - or in DC working for Bernie Sanders??  How else does he know what kind of drapes my housemate has in his DC bedroom?)

Well, enough OUTRAGE by me for today - or even this week??

Posted by CarolMooreReport at 4:05 PM