One likes to think one can be creative and not have to waste too much time reacting against the stupidity other people are engaged in. It's nice to fantasize one's brilliantly rendered alternatives will lead them from ignorance to wisdom.  And then there is reality.  You get pissed off and end up mocking them for being jerks. Oh, well.

Worse, after six weeks my revamped/updated/ Secession.net in Wordpress STILL looks like this. With a one sentence intro.

But I've been dealing with disgust/frustration about the "invasion of the body snatchers" of "alt-right" and "white nationalist" types into the Libertarian Party, especially over the last 6 months or so; they came complete with threats of violence against those who oppose them (mostly in the state of Florida where they took over a county party).  Happily, their invasion has been resisted and the LP finally told them to resign (quotes in Part II).

This invasion is not as bad as when the "black bloc" strategy of doing property damage and fighting with cops invaded and DID take over "progressive" movements in 2000. There was barely any resistance at all! I was one of the resisting "peace nazis" and later wrote an ebook about it all: "The Return of Street Fightingman". 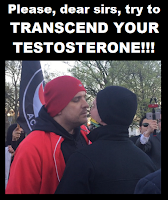 Since then the black bloc organizers (some of them doubtless government provocateurs) have infiltrated the Occupy Movement, LGBT movements, Black Lives Matter, and turned itself into the "Antifa" (anti-fascist) movement. And it has become an even more violent movement.  We've all seen the campus violence in Oregon and California and elsewhere to shut down any differing conservative opinions, as well as those of feminists who question the new "gender ideology."

This violence only aggravated and encouraged violence by "alt-right" guys - egged on by the seriously demented Donald J. Trump, of course.  So now half of them are becoming out and out white nationalists.  You create what you hate evidently.  And we saw the disgusting torch marches and bigoted chants, the street fighting between left and right, and the death of one woman in Charlottesville, VA last weekend as the result.

Of course, it's mostly males, left and right, looking for any excuse to prove their manhood. (You too, Bernie Bros.) Anyway, I'll just share some of my MEMES and a few comments below. You can check out my public posts at Facebook/CarolMoore1776  And those are just a tiny sampling of all I've written on various closed and open FB groups.  "I'm carol and I'm a FB addict..." Tomorrow I'll practice self-control, I promise!! 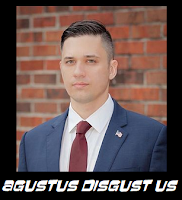 Last year I had heard some vague tales about the obnoxious "Augustus Invictus", a Florida lawyer who was rejected as an LP senatorial candidate in 2016 because he was too right-wing. Here's my meme about him created this early this summer. (Good news, last month quit the party and joined the GOP!)

And then the "alt-right' phrase started being applied to some of his fellow travelers who were very disruptive at a couple state libertarian events this winter.

Then in May the alt-right created and operated "LP Veteran Caucus" went nuts because the LP Vice-Chair Arvin Vohra dared to point out angrily that those who joined the military just for the job and benefits, knowing they'd be sent to kill innocent people, were little more than murders.  That's when I discovered and exposed the kind of crap some of them were posting at their FB page. Like this (removed after a couple of us made a big stink). 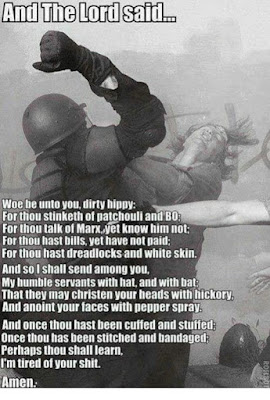 Then there was this "joke" threat one of them posted vs. Arvin. 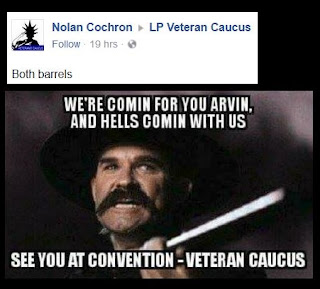 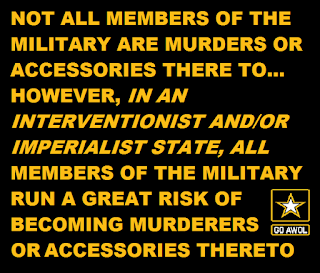 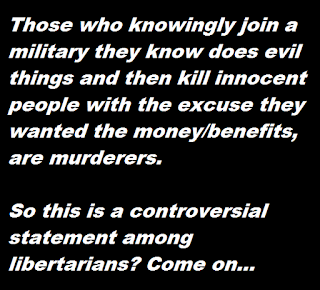 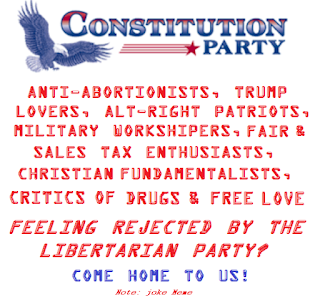 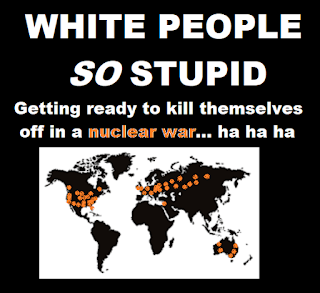 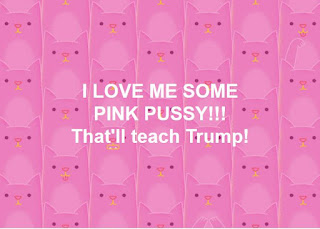 Continued Part II
Posted by CarolMooreReport at 1:28 AM

As long as racists and bigots sincerely agree not to initiate force or fraud and do not oppose other libertarian principles, please explain why we should not accept them as members of the Libertarian Party. Do we have too many members? Have we won too many elections? Are libertarian principles to predominant in philosophical discussions? Should we be bigoted toward bigots? Finally, could you present the definition of racism which you are using? I eagerly await your answers.
When I have time I may present my questions to the LP National Committee. Feel free to do so, yourself.

The first problem is that they HAVE been making threats against other libertarians. See several articles on Independent Political Report. Search the site for "Ryan Ramsey" and "Augustus Invictus". Seven plus articles over the last year.

Bigotry always has been an excuse for force and fraud and thus any libertarian should be high skeptical of anyone promoting denigration of members of any group. Now obviously if a group is using political violence and the state to get their way, we can criticize those actions as statist and even mock the actions. It is when you mock them for what they are it becomes a problem.

Of course, "Do what I say, not what I do!!", said the author of this post "mocking alt-what boys". Oh, well - girls just want to have fun. All the excuse I can come up with at the moment. :-)