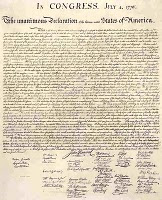 Gee, did I really think the evolution of consciousness to a higher plane had been achieved with the apology by a few males to all females below? As daily depredations by patriarchal states and their leaders assaulted me over the last 3.5 weeks, I often thought I should blog this and I should blog that. I even started a "Blog-It" folder that is quite filled up right now! Yup, just more incidents and laws and regulations to add to the "long train of abuses and usurpations" listed in rebellious Americans' 1776 Declaration of Independence.

But I did manage to get off my slowly dissolving butt this weekend. (I've joined a free "lifestyle management" to lose 1/3 of my weight and it's working! So I can live longer and bedevil patriarchy yet another 20 years, of course.)

I did rise from the comfort of my continuing vacation from activism and force myself to go to the MOVE OVER AIPAC coalition conference Saturday and its large Sunday protest outside of the AIPAC (rabidly pro-Israel lobby) annual conference. After encouraging left and liberal groups for years to take the issue more seriously, I had to pay my respects to them when they finally started doing it. (OK, so they did protests the last couple years which I missed; but they didn't have a conference with Professors and authors Walt and Mearsheimer those times.)

I met all sorts of people fed up with this special interest lobby -- and others of the hundreds of different powerful special interest lobbies. They have yet to unite into a movement that will break the power of the interests in the only way possible: dissolution of the large states that support them, local organization through direct, super-majority representation, or even some variation on libertarian contractual alternatives. See Secession.net. Some photos of both events below. 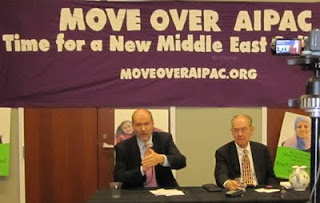 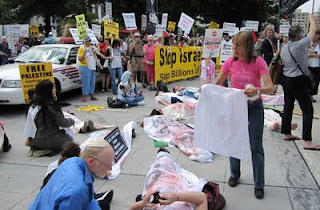 About 400 protesters showed Sunday. The biggest AIPAC protest since 2002 when AIPAC's conference was held while Israel was destroying the Jenin concentration camp and 2000 protesters closed down Connecticut Avenue. 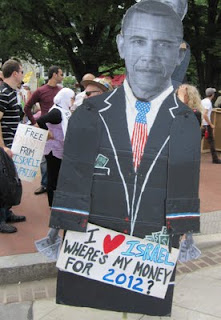 Obama, a sell out for power and prestige. (See the Wall Street Journal article "Jewish Donors Warn Obama on Israel." A future Jimmy Carter? Nah, he's a Leo who likes all that prestige. 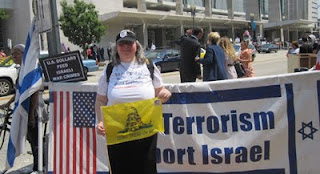 Guess what sexy babe is in front of the counter protesters' sign with her "Don't tread on me" flag and her "right of the people to alter or abolish government" t-shirt. (No, the sign does NOT say "Support Terrorism, Support Israel", though it should!) The counter-protesters were so frustrated. Their bull horn was no match for the drummers who sat right down beside them and chanted appropriate slogans for much of the protest.
Posted by CarolMooreReport at 10:29 PM