From July 4th to Hiroshima Day

My last post was about July 4, 1776, the day Americans declared the right of the people to alter or abolish government. Today's post is about August 6, 1945, the day the United States used the first nuclear bomb. So symbolically from the day this country was created until the day this country is most likely to die - in a massive nuclear war, probably triggered by accident, probably in reaction to some act of aggression by the United States or one of its more vicious allies (think Ukraine, Israel and Saudi Arabia).

Below are maps of United States 1. nuclear bomb targets, 2. nuclear power plants that will be damaged and/or eventually melt down after nuclear strikes and 3. nuclear waste storage facilities (often at same site as plants) that will be damaged and/or eventually leak/explode after nuclear strikes. And then we have 4., likely fallout pattern in days after large nuclear attack. Eventually, of course, nuclear fallout will spread out over the whole country and the world.

So who's still voting Trump?   Or Clinton?? 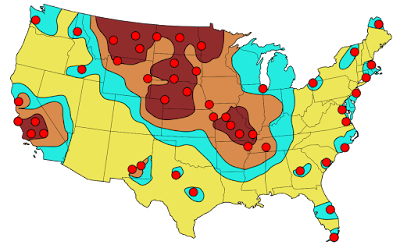 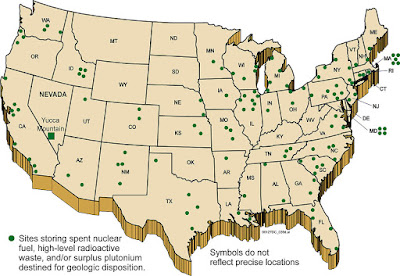 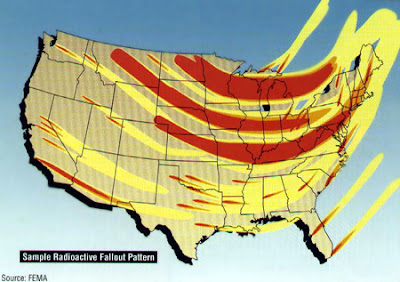 And here's one info filled meme to think about...My only commentary on domestic and international violence and political insanity we've seen in the last month. 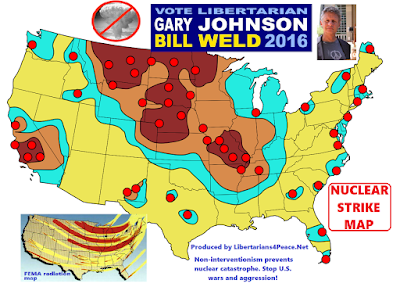 Posted by CarolMooreReport at 2:23 PM