I didn't think I'd be writing about Bernie again (in part because Dem establishment will never let him win, even if they have to put Joe Biden in there).  But I heard the phrase "Bernie Bros" for the first time on Saturday and immediately investigated.  I realized this was a phrase for the obnoxious young males harassing and insulting not just Hillary Clinton but anyone they think is her supporter.

I immediately found so many recent articles about the topic that I won't even bother to figure out which are the best to link to.  (See graphic of 2/13/16 search returns below.) If you are interested, just do a news or regular internet search and decide which article you want to read.

Having been more a butt of harassment by left wing than right wing males in my life, I certainly understand how vicious they can be.  So I almost sympathized with Bill Clinton complaining about the "campaign" denigrating Hillary and her supporters online. Except, of course, that Bill is a lying rapist and Bernie has denounced the "Bernie Bros" tactics.  (I'm sure if Bernie knew about the disgusting tactics of one of his anti-Secession "Bernie Bros" he'd denounce him too - maybe even kick him off his campaign staff, if he's on it, which he might be.)

I assume Bernie also denounces the anti-capitalist "break things and fight with the police" tactics of the "black blocs" which I describe in my ebook "The Return of Street Fighting Man".  I also go into the "Surplus Male" issue there, as well as in an old blog entry here.

In short, a demographic of more young males than young females just increases male psychosis and gang-related activity. And sometimes means the powers that be feel the need to use oppression and wars to suppress and/or get rid of a lot of those trouble makers.  (Does a female surplus of more young females than males mean peace and stability? Interesting "thought experiment.")  Anyway, there's been a lot of work done on the topic in the last few years which I'm very lax on writing up. Still learning which are the best wordpress themes to use... arghhh.... 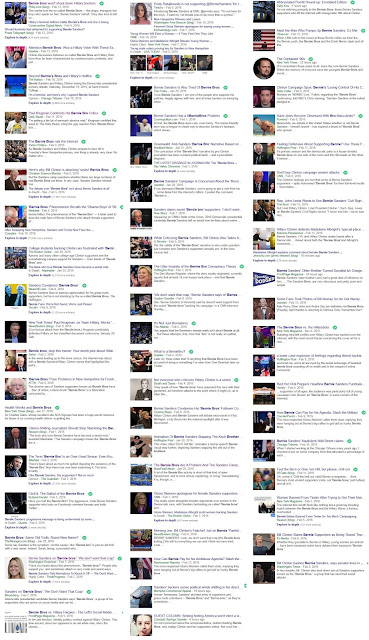 Posted by CarolMooreReport at 6:28 AM