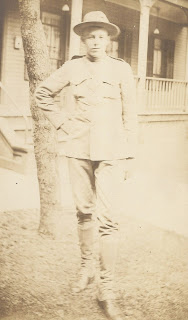 Walter N. Barrett, my mother's father, in 1917. Gassed and wounded in legs at Belleau Wood in 1918. Laid in mud for three days before rescued. On the way home his first ship was torpedoed. My father was luckier. He only piloted surveillance planes over No Africa 1944-45 and high tailed it out when they saw their one German plane.

After I posted the photos below and the comments above on "#Facistbook",  a couple relatives came out with stories about my father's three brothers who saw extensive action in Europe and the Pacific during World War II. But the stories they shared with their kids - or their kids shared with other relatives - were very general, avoiding the gore and trauma and emphasizing comradery or amusing incidents. Denial is more than a river in Egypt... 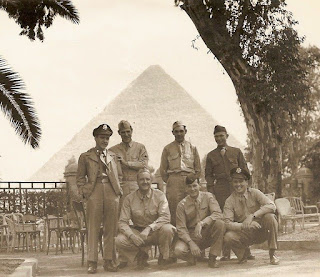 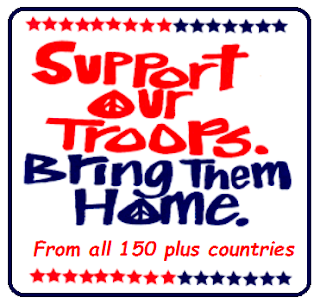 Posted by CarolMooreReport at 10:26 AM