Secessionism about to blow up again... 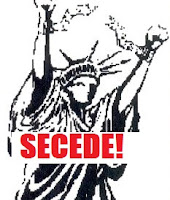 In this December 2012 blog entry about post-2012 election "secessionist developments" I noted that jump in (mostly "right wing" secessionist activity after Obama was elected in 2012.  Remember all those White House on-line petitions? I wonder if they'll bother to do it again. Somewhere I summarized the secessionist sentiments of some liberals when George W. Bush was re-elected in 2004 and those of "right wingers" when Obama was first elected in 2008. That's six presidential elections in a row, if the trend continues. (2000/4/6/8/12/16)

I did find some comments I wrote about the same phenomena in 2000:


During the six weeks that the 2000 Presidential election remained contested, Republicans contemplating the prospect of Al Gore “stealing” the election from George Bush openly talked of secession. A New York Times reporter writing on this “secession” impulse agreed:” It doesn't take a genius to figure out that the [Presidential] race was about a cultural divide in American life.” Walter Williams noted: “Irreconcilability faces us today. There's one group of Americans who does not wish to bother anyone but wishes to be left alone. Another group of Americans wants to plunder and control the lives of others. This latter group of Americans shows no sign of letting up, much less retreating. A return to rule of law and constitutional government or separation are the only peaceful solutions.”


One interesting thing I've noted here and there is pundits talking about, and me thinking about, how much of the cultural divisions in all nations are between conservative rural areas and more liberal urban ones.  Another reason for radical decentralization down to the community, county or city level.

Of course, my ten year promise of updating Secession.net to further these ideas still hasn't happened. Though I have learned wordpress and put a few sites up. Too much time screwing around with activism and Wikipedia and more activism, now a days mostly on line. And paying the rent.  I have this poster below on my wall. Must get organizing in person again! 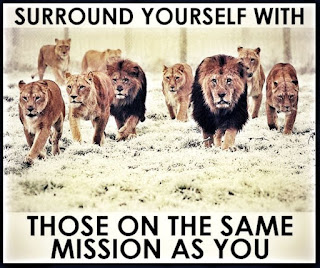 I'm assuming Hillary will win and we'll have more "right wing" secessionist activism, with Trump sticking his nose in it for as long as he can get publicity. Unless of course he IS Hillary's Manchurian Candidate and succeeded in helping her get elected.

If Trump wins - I'll be out there rioting too! Or at least making videos of it all...  Unless I start cursing so loud I drop dead of a heart attack.  But it would make for some interesting left-libertarian secessionism - til Trump sends us all to the concentration camps!  Will update y'all... 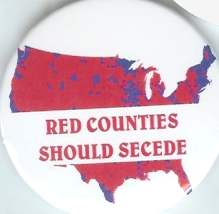 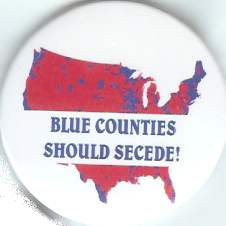 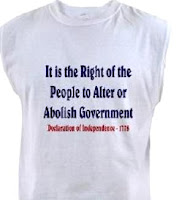 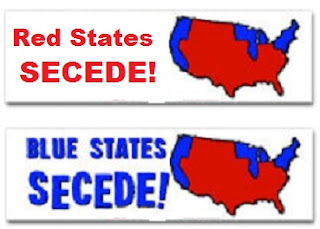 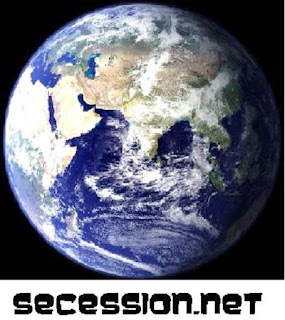 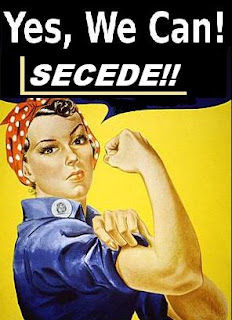 Posted by CarolMooreReport at 8:08 PM