Sure glad I'm not a Hillary supporter or I'd REALLY be pissed about the woman abusing and molesting slime bag Donald Trump being elected President. (Though it is a relief not to have to hear about Bill Clinton for the next four years.)  I feel sorry for Melania Trump.  She just wanted to be quiet Eurotrash enjoying wealth and fashion in the USA -  and now she'll be the butt of sexist jokes for years.

I'm going to try not to do TOO many new nasty Trump memes (they're all over my twitter account), but latest vent... 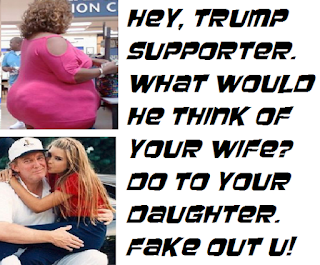 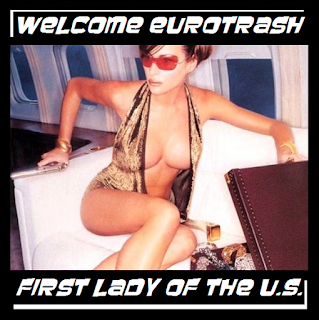 And yes, two liberals have told me they now support secession.  Interesting times... Guess I'll have to wake up now and not go back to saying I'll get organizing some day.

Update next day: Well, I didn't make the DC protests, though a few of us are planning a feminist protest in the near future. And just for anyone who comes along some day and says I never protested Bill Clinton, here's the proof.  A similar photograph from March 25, 1999 was published on the inside cover of an alternative media magazine. Here some from Bill Clinton protests I attended and even helped organize in 1998 and 1999. (Soon to be moved to another link in new wordpress setup.) 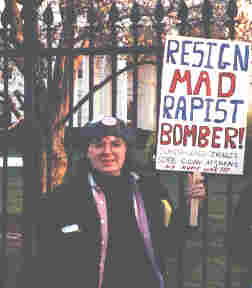 Posted by CarolMooreReport at 11:50 AM

Gary increased the LP vote harvest by 300%, so I'm stoked. I wanted God's Own Prohibitionists to lose because their superstition causes crashes and depressions. But the equally coercive Econazi superstition would eventually do the same--just not as a big surprise, for blackouts give good warning that Atlas is Shrugging. The LP now has its work cut out for it with a fine crop of law-changing spoiler votes and even some people in office we ought to support while we have the chance. Predatory looters will look at those elected libertarians and see only government paychecks that "rightly" should be theirs.

BTW, I just started up Expatriotas on Blogger and have not yet (to my knowledge) enabled comments.