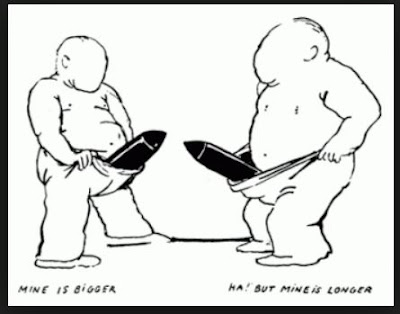 Anyone who reads my 2016 election posts can see they are overwhelmingly about patriarchal sex, with patriarchal nuclear war a close second. Allegations that one candidate is a woman-demeaning sexual predator who would start nuclear war over a tweet, contrast with allegations that the other candidate enabled her sexual predator husband and is pushing for nuclear war against Russia. This 2016 presidential election is emblematic of the political degradation and self-destructive path of large patriarchal nation states.

Much as I believe the allegations versus Clinton of flashing/groping/rape, I have to admit he's innocent until proven guilty. Hillary's enabling is not quite as clear, though I would not be surprised if it was true to some extent. Some good articles about Bill's alleged assaults on women and Hillary's denial and defense.1, 2, 3, 4. These have been around for more than twenty years.

Released just this weekend was a 2005 tape of Trump on microphone confessing/admitting/boasting about sexual assaults: "I'm automatically attracted to beautiful [women]. I just start kissing them. It's like a magnet. I just kiss, I don't even wait. And when you're a star, they let you do it. You can do anything — grab them by the pussy. You can do anything."

As the New York Times wrote: "Why did a decade-old three-minute video provoke a sudden revolt by party officials against their nominee, an uprising that could very well destroy their chances of taking the White House? Because the glee with which he bragged about sexually assaulting women, by forcibly kissing them and grabbing their genitals, turned a boorish man into an outright predator."

Yup. Trump already was known for his aggressive sexuality, frequently expressed poor regard for women, and several allegations of sexual assault, including rape of a girl who was 13 years old at the time. See Esquire and Huffington Post stories among others. So it is easy to assume Trump was being honest - for a change!

Trump's initial apology did not deny predatory acts. He just said he regretted them... and Bill Clinton was worse! Relevant quote: "I’ve said and done things I regret, and the words released today on this more than decade old video are one of them...I’ve said some foolish things, but there’s a big difference between the words and actions of other people. Bill Clinton has actually abused women..." (Evidently Trump thinks kissing and grabbing genitals is NOT abuse??)

And then, of course, a tape was just released of Trump agreeing with the disgusting sexist radio yapper Howard Stern that Trump's daughter Ivanka is gorgeous. He even gives Stern permission to call his daughter a "piece of ass".1, 2  Just reinforcing the perception of Trump's sexual perversity.

But then, during tonight's second presidential debate/townhall, after the moderator pushed and pushed him, Trump finally explicitly denied doing any kissing or genital grabbing or anything else. Oh, yeah, tens of millions of Americans believe him. (NOT!) (My meme take on it below.)

It is sad to see women who Bill Clinton probably DID assault speaking out against him in a Trump-stunt press conference right before tonight's second debate. They obviously are in denial about Trump's sexual depredations or they would not have shown up. And they probably don't know that Trump made light of allegations against Bill Clinton for years, a fact in the news for months. At least none of these women are Trump's preferred young, buxom "10s", so he won't try to kiss them or grab their genitals.

The sexual aggressions of patriarchs and their enablers (male and female) are just a symbol of the larger aggression that politicians and the media suppress: that U.S. imperialism and large nation state rivalries are leading us to nuclear war. Let's see the IMPORTANT headlines and stories just this week of nuclear threat stories we are NOT seeing prominently or at all on CBS, ABC, NBC, MSNBC, CNN or Fox. Or even most major American newspapers. 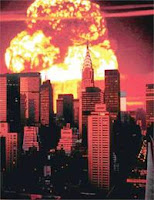 10/4/16: State Dept: US Considering ‘Military, Other Options’ Against Russia in Syria

10/4/16: U.S. vs. Russia: What a war would look like between the world's most fearsome militaries

10/4/16: Russia builds huge underground shelters in Moscow as it prepares for NUCLEAR WAR with West 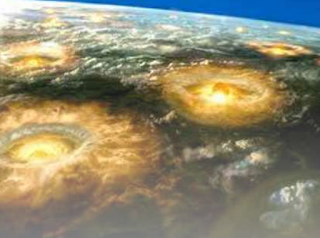 10/7/16: Russia Building Up Forces in Syria Since Ceasefire’s Collapse 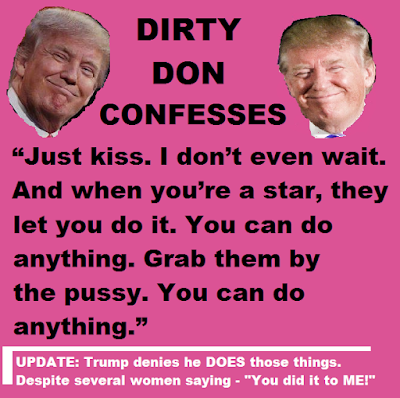 Posted by CarolMooreReport at 10:11 PM