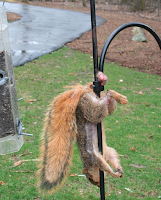 Now that Hillary Clinton has SQUUUEEEZED Bernie Sanders out of the running for President, what will Bernie Sanders' supporters do?? Bernie's boys can always come over to the heavily male-dominated Libertarian Party and it's candidates. (The "LP" remains pro-choice on abortion so they don't have to worry about their brand new fathers-in-law walking behind them with shotguns to the altar.)

Well according to this poll, they can vote for the LP candidates, Gary Johnson and Bill Weld.  While they are too dang wishy-washy by most libertarians' standards, they're still a heck of a lot better than Hillary Trump and Donald Clinton!  Anyway, you can argue with this article about the 18% number. Just an FYI... 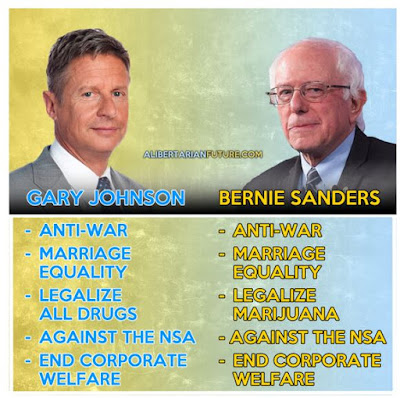 Posted by CarolMooreReport at 3:34 PM

Wasn't that a metric that you used to judge other blogs?

Nah, getting it out to the universe is what counts. And diddling the occasional obsessed snoop who might be reading. Plus it's for posterity. And something for my critics to nitpick if I ever win the internet fame lottery. ha ha ha....