Just to give you some reading material until the next time I feel like linking all the issues more directly to higher consciousness, feminism and radical decentralism...

Two near-nuclear war articles, one about Russian paranoia over US aggression during the Reagan era (when there was at least one false Russian alert incident that could have lead to war). Another about an incident in Okinawa when a US error during the Cuban Missile Crisis almost lead to an accidental first strike attack by the US. In both incidents only the sanity of the rank and file button pushers save most of our lives...  And former Reagan-era Asst. Secretary of the Treasury Paul Craig Roberts' frightening ruminations over Will The Crazed Neocons Bring Us Nuclear Winter? where he writes: "The neoconservatives should be quickly rounded up, arrested, tried, convicted, and executed for their massive crimes before they destroy the world. Life hangs in the balance. It is the neocons or us."

Nevertheless, the US wants NATO to send more troops to the Russian border! The tens of thousands firebombed and suffocated or roasted in one night of allied bombing of the all-civilian city of Dresden is just a mini-example of what's to come and is what motivates Roberts' rage.

Carol commented on a couple of articles, one knocking and one defending Germaine Greer's comments that men with penises will never be real women: here and here. See also a pretty good one defending feminist free speech rights here.  In this country transgenders are trying to silence the criticisms of peacenik Cindy Sheehan of the sexism of dominant males in Veterans for Peace. 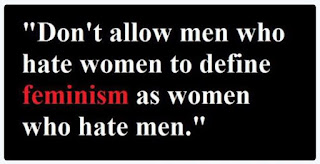 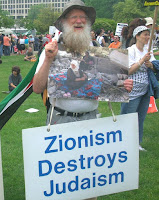 And here: a good start, guys!!! We are lifelong Zionists. Here’s why we’ve chosen to boycott Israel. Steven Levitsky and Glen Weyl in the Washington Post. (Could Bezos buying the publication finally be having a positive affect?)

And see a Salon article about how America is changing its mind on Israel.

Israel's leader Netanyahu really went too far implying that it was the Palestinians, not Hitler and the Nazis, who set out to kill all those Jews, rather than sending them to Israel. Of course, he doesn't mention the 1933 Nazi-Zionist "Transfer Agreement" where greedy Zionists conspired with Nazi persecutors in order to grab as many Jews as possible for their imperialist Zionist dream.

The Atlantic article: How Wikipedia Is Hostile to Women by Emma Paling. It's just rife with Carol's comments on that topic, having endured sexism-motivated attacks and double standards 8 years as an editor. I finally was kicked off by a sexist cabal (led by some Brit wankers), in league with the Zionists and anti-libertarians who had tried but failed to get me kicked off in previous years.  FREE AT LAST!! See Daniel Citron's speech on harassment of women on Wikipedia.

Hillary and Benghazi attacks on Americans.  Isn't it obvious the CIA was running guns to Syrian Islamist rebels and didn't want the military coming in to protect the Ambassador and getting in the middle of it? Read here and here and links in previous posts. According to Judge Napolitano she knew and denies she knew. Same with those Republicans who, like John McCain, were all for that. So they pretend they do NOT know why Hillary didn't get the military in there quickly enough to save those guys. What fracking hypocrites they all are!!

Some articles that make similar points here (CNN 2013!) and here (Antiwar.com 2015).  And then there's the whole issue of why US went in there in the first place without congressional approval, who pushed hardest for it and why, which may or may not be related to the above... Discussed here and here and here. And to add insult to injury, Hillary claims US lack of sufficient military intervention lead to the Benghazi attacks!

And why all the outrage about Hillary's connection with Sidney Blumenthal. It's not just the shady business dealings.  As Breitbart.com writes: "Hillary Clinton Emails Show Rabid Anti-Israel Correspondence with Sidney Blumenthal"  But what's to worry, Hillary's been courting Arch-Zionist and destroyer of US democracy Sheldon Adelson. (Not that Bernie "we should have bombed the hell out of Serbia" Sanders is much better.) 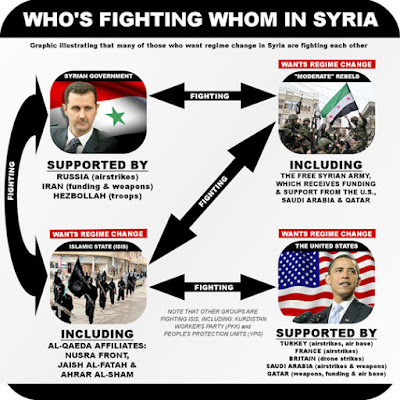 Carol's comment on a quasi-libertarian's article on Trump's candidacy on Brietbart.com, just to diddle the quasi-lib republican infiltrators a bit:


Libertarians support individual liberty against the state. We believe in the right of the people to alter and abolish government, per the Declaration of Independence. We believe in the freedom for individuals in their own communities and cities and countries to secede from larger political entities and form networks and confederations to deal with common issues. In 35 years I’ve never heard a libertarian say they would use police or military force against peaceful secessionists. The people of the world have got to break up their militaristic corporate states that are only oppressing and looting them. Let’s not waste time dancing on the heads of pins discussing how much military intervention is necessary or how many arms McCain and Obama should have sent to Al Queda and Al Nusra in Syria!


And there's some positive news. In Power to the people: a Syrian experiment in democracy Financial Times reports on Kurds who take anarchist green leftie Murray Bookchin's ideas seriously. Now they just have to combine with with the best of Murray Rothbard - or else read Secession.net (after I update it. Sigh.)

And don't get me started on the 30 secession-related google alerts I get every day.  Go Catalonia! And all you other secessionists out there. Just make sure your political entities stay small and practice nonviolence and consensus-oriented democracy (i.e., 90% of eligible voters have to ok a law or tax before it's passed!) That's the best way to ward off political centralization, militarism and looting by special interests.

And thus run many of my thoughts of the last month... 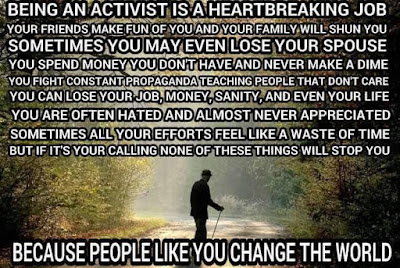 Posted by CarolMooreReport at 2:14 PM