Listening to Keith Olberman rant about the fact that McCain's foreign policy adviser Randy Scheunemann had been a lobbyist for the government of Georgia. He's even brought McCain over there to hob nob with Georgian president Mikhail Saakashvili.

The wheels started turning. I looked up Scheunemann's wikipedia article and low and behold he's a leading neoconservative war monger!

The Washing Post and Wall Street Journal detail some of the unsavory details. But Politico.com spells out what I was thinking - and Obama aides had inferred - McCain encouraged Georgia to bomb the heck out of S. Ossetia in order to provoke the Russians to retaliate and make the crazy old coot look presidential.

The Politico article says in part:

McCain, who publicly confronted Putin in Munich last year, may be the most visible — and now potentially influential — American antagonist of Russia. What remains to be seen is whether the endgame to the Georgia crisis makes McCain seem prophetic or headstrong and whether his muscular rhetoric plays a role in defining for voters the kind of commander in chief he would be....To critics, McCain’s stance is grandstanding with little effect beyond riling a nuclear power. ...McCain has led the harsh denunciations of Russia’s invasion of Georgia, though neither he nor any other leader has suggested that the West has any real way to blunt Moscow’s ultimate intentions. He’s also faced the accusation that his encouragement of Georgia’s dramatic defiance of Russia helped trigger the crisis. (A McCain aide dismissed that notion, saying Russia’s provocations forced Georgia’s response.)

VOTE JOHN MCCAIN AND SEE YOUR KIDS AND GRAND-KIDS FRY IN A NUCLEAR WAR... 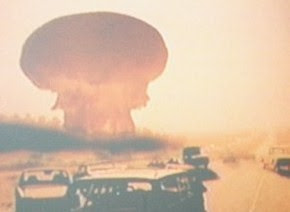 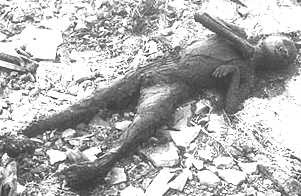 Posted by CarolMooreReport at 10:29 PM