Prepare to be Overwhelmed by Secession 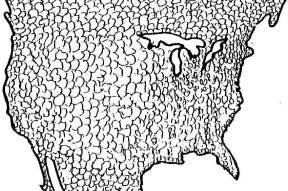 From my blog at Vermont Commons - points made at my web page Secession.Net

Today there are hundreds of news stories about Texas governor Rick Perry twice talking about the possibility that Texans will get so fed up with the federal government they will secede. Imagine how many stories there would be if it was 30 states and 50 big cities ready to secede. As a long time proponent of secession, my mind is already boggling. Even little Vermont might end up with its own smaller secession movements. Yet, right now a TV commentator is predicting violent anarchy and mass murder.

How do we keep the genuine desire for human freedom and self-determination from devolving into violent anarchy and mass murder? Only through clear, simple and workable principles that will quickly be absorbed and embraced by the vast majority of secessionists, even those who lust to take up guns and go to war! (Think Tom Paine's Common Sense!)
To repeat principles enunciated in this blog before:

* Nonviolent Strategies and Institutions: After racism, the greatest fear unionists promote is that secessionists will violently provoke “legitimate” central government violence that may harm innocent citizens. I recommend a thorough study of nonviolent action analyst Gene Sharp's 198 methods of nonviolent action and a very public commitment to practicing them. Creating institutions committed to using conflict resolution and nonviolent enforcement of laws and contracts should be an equally important goal. Read Gandhi on nonviolent police and armies. The urge by some to “prove their manhood” through revolutionary violence must be opposed firmly.

* Bills of Rights: We must ensure all secessionist political alternatives publicize widely their written guarantees for individuals of freedom of association; of movement in and out of political entities; of equal political rights of members to participate in community decision-making and have access to public information; of procedural rights of members and of visitors to trial – to due process, counsel, appeal, and to no cruel and unusual means of interrogation or punishment.

* Consensus-Oriented (or Super-Majority) Direct Democracy: Representative, majority rule decision-making, in small organizations and even more so in large ones and in government, leads inevitably to defacto minority rule by wealthy and/or well-organized elites and special interests who know who to elect, who to pressure, who to pay, to get their way. All the attempted and proposed tweaks couldn't fix the basic majoritarian/representative structural flaw, even if they could be enacted, which they cannot under current systems. Many libertarians dream of a society regulated by contract, but even such a society inevitably will encounter unexpected situations requiring democratic decision-making. And then there are the people who just love making decisions by committees, councils, congresses and parliaments. Learning and practicing direct, consensus-oriented democracy in our organizing will prepare us for creating them in our new political communities.

* Emphasizing voluntary nature of secessionist entities: Obviously, secessionists do not intend to wait for a super-majority of people in their communities or regions or states to decide they want to secede from the union. Most will be ready when they obtain a critical mass of 15 or 20%! Nevertheless, we must reassure the public that communities and new confederations will be created by voluntary alliances, not by driving off unwanted people and confiscating their property. We must assure non-secessionists that those who want to retain citizenship in the nation state, obey its laws and pay its taxes may do so, even if many or most of their neighbors secede.

Posted by CarolMooreReport at 5:28 PM

Checks and balances are good. So most people want direct AND representative democracy. Except politicians, the people who buy them, and the lobbyists between.

The most evolved project for a hybrid direct/representative democracy is led by former Sen. Mike Gravel. Registered voters can now vote to ratify the National Initiative for Democracy at http://Vote.org, much as citizens ratified the Constitution at the Conventions when the Legislatures wouldn't!